A Portrait of Hemingway as a Young Man: Romping Through Paris in the 1920s 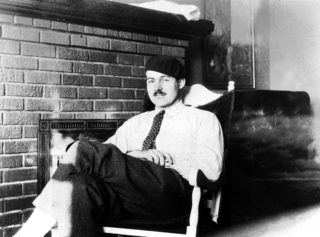 Hemingway as a young man in Paris

A PORTRAIT OF HEMINGWAY AS A YOUNG MAN is a partly satirical, partly serious homage to the men and women whom many regard as perhaps the greatest literary generation in modern times. Like other writers of my generation, and the generation that came before me, I grew up in the shadows of Ernest Hemingway, F. Scott Fitzgerald, Thomas Wolfe, William Faulkner, and other great writers of the early twentieth century. I have written this book with my tongue firmly planted in my cheek, but also with great respect and admiration for Hemingway, Fitzgerald, Gertrude Stein, James Joyce, Ford Madox Ford, Morley Callaghan, and other truly fine writers of perhaps the most glamorous era in twentieth-century literature. I have wanted to write this book for some time for therapeutic as well as literary reasons. And now it is done. God bless writers all over the world. And God bless writers who bend themselves to their craft because to spend their lives doing anything else is nothing less than the height of folly and self-destruction.