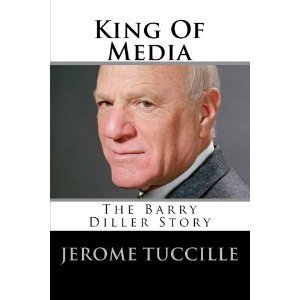 Cover photo of King of Media

King of Media dramatizes for the first time the extraordinary story of the visionary yet tenacious man who revolutionized the entertainment industry. After starting out in the mailroom at the William Morris Agency in the 1960s, Diller joined ABC Television where his swift rise through the ranks earned him almost immediate recognition and chairmanship of Paramount Pictures. There he oversaw such film classics as "Saturday Night Fever," "Grease," and "Raiders of the Lost Ark," as well as the TV shows "Laverne & Shirley" and "Taxi."

However, Diller made his most indelible mark on the industry when in 1987 he formed FOX TV, which went head to head with the existing networks by programming innovative series such as The Simpsons, Married…With Children, and In Living Color. Since then Diller has continued to grab headlines, most notably with his acquisition of QVC, his volatile and failed battle to buy Paramount Pictures, and later his marriage to fashion designer Diane von Furstenburg. Among the dozens of celebrities and media tycoons we meet along the way are Calvin Klein, Andy Warhol, John Travolta, Warren Beatty, David Geffen, Rupert Murdoch, Robin Williams, Dustin Hoffman, Ted Turner, Robert Evans, and Joan Rivers.